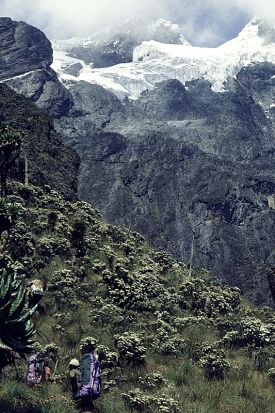 The Ruwenzori is a group of six high glaciated massifs, located in a small remote area between Lake Edward and Lake Albert on the border between Uganda and Zaire. This is part of the African Lake District, west of the Great Rift Valley. The massifs are all topped with several icy summits and are deeply divided by narrow 3,000-foot gorges. The complex is surrounded by a wide belt of boggy foothills, guarding the mountains with an approach through knee-deep mud and practically impassable vegetation. These conditions, coupled with frequent bad weather, saved Ruwenzori from exploration until well after the rest of East Africa had already been explored. In 150 AD, the distinguished geographer Claudius Ptolemy produced an early map of Africa on which a group of mountains just south of the equator were identified as Lunae Montes, or 'Mountains of the Moon'. They were shown to be an important water source, and were subsequently believed to be the source of the Nile. Although Kilimangaro and Kenya have been postulated as the mountains to which Ptolemy referred, it is widely held that the Ruwenzori Mountains are indeed the 'Mountains of the Moon'. The Zaire side is part of the Virunga National Park. Accommodations here are better than on the Uganda side, where mountain huts exist but are mostly run down and unsanitary. 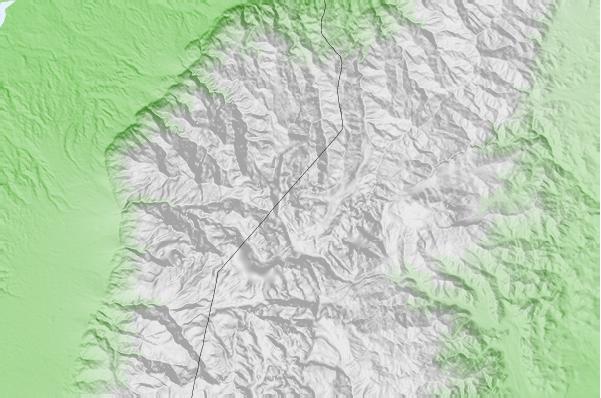