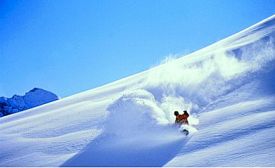 Lauchernalp - Lötschental is well known to the Dutch but so far relatively few British skiers seem to have discovered it. Situated on the edge of the UNESCO world heritage area, Lauchernalp - Lötschental is the main ski area in the Lostchberg region. The ski area is only 5kms from the southern end of the Lotschental rail tunnel (which also carries car-trains) and an hourly post-bus proves a connection for foot passengers. Lauchernalp - Lötschental has an aspect that is rather similar to nearby Crans-Montanna but it is a very different place altogether. Whereas Crans is very developed and the hillsides brissle with hotels, here there are just modest chalets occupying the equivalent sunny south-facing slopes - quite a magnificent and tranquil aspect really with ski-in ski-out convenience. Below the resort, there is plenty of cheaper accommodation, including several small hotels, in the uniquely rustic Lotschenthal Valley. The villages of Kippel and Wiler, famous for their narrow streets, ancient twisted houses and frequent masked carnivals are both ideal bases although January in the valley can be a bit too cold and shadowy for some tastes. Both villages are within walking distance of the cable car that provides the only lift access to the ski area high above, roughly every 30 minutes. The Lotschental valley is undoubtedly one of the most beautiful in Valais, located between the Berener and Walliser alps in the UNESCO World Heritage Jungfrau-Aletsch-Bietschorn. There are plenty of options to explore it either on foot or on cross-country ski trails. Piste skiing at Lauchernalp - Lötschental is not all that extensive but in its defense it is certainly varied and there are a few very testing steep runs down from the glacier at 3111m that see a lot of moguls. Views from the top, north into one of the biggest wild areas of the Alps - the Bernese Oberland and south towards the Matterhorn, are truly spectacular and from the top station there is access to the highest winter walking route in the Alps. Off-piste skiing has much more to offer than the groomed stuff and the resort has largely targeted itself at free riding skiers and snowboarders. Snowboarders in particular can explore a wonderful natural arena of steepish terrain from short traverses and walks at the top. The vertical range is impressive - you can ski right back to Kippel and Wiler at the end of the day - otherwise skiers tend to stay above the Stafel station at 2100m because the valley tends to be in shadow and return cable cars too infrequent. Just as at Crans, the south facing aspect is a mixed blessing because the off-piste quickly develops a crust after sunny days and on warm days small avalanches are common. 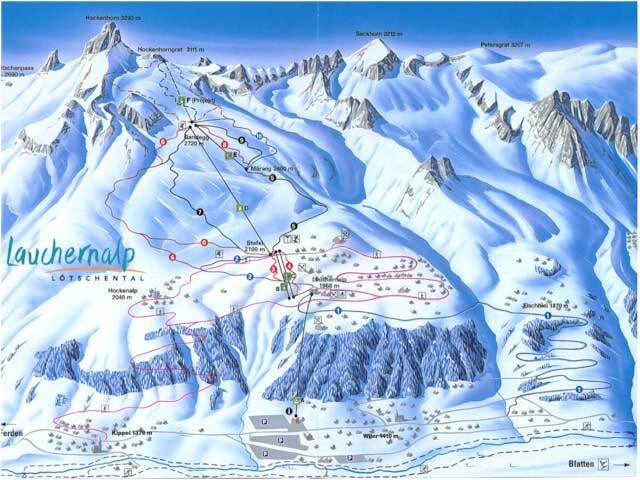 The area is not that big. Skiing is nice. The slopes are long and some are very technical. Large off-pise area. Mostly is skiing to the village of Wiler (bottom station) not possible. The views are very nice. The valley is beautiful. Large tracks for langlaufen and hiking. In the evening you can see the mountain goats east of Eisden (small village near Blatten).
The buses are free with a skipass. Buses drive between the station of Goppenstein and Blatten and they stop, of course, at the bottom station of the cable car. The restaurants are ok, the food also. Only a few hotels which are not big hotels. Much possiblllity to rent chalet in every village.
Reaching the valley from the south is possible by car. From the north you have to go with the car on the train at the station of Kandersteg.
The airfield of Zurich is, I think, 2 hours by train. Never done that. 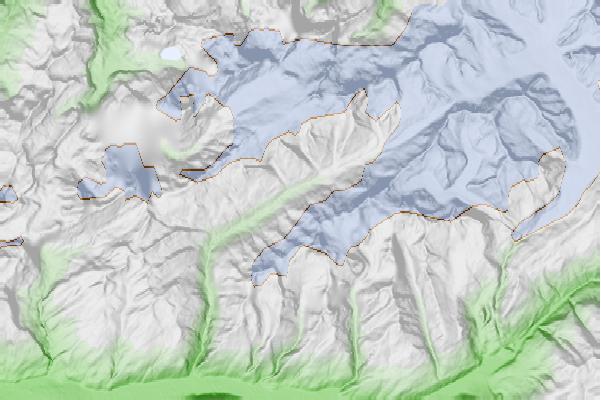