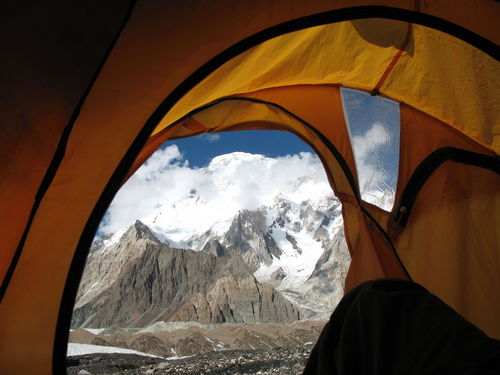 Broad Peak is the twelfth highest mountain in the world and is located approximately five miles from K2, along the Baltoro Glacier. It is in the Gasherbrum Massif at the border of Pakistan and China. The name given to the peak by the surveyors was K3; the third mountain in the Karakoram range (after K2). It is known locally as Faichan Kangri. The summit is over a mile long, hence the name Broad Peak. The first successful ascent of Broad Peak was in 1957.